The Tax Cut and Jobs Act of 2017 established a new economic tax incentive called Opportunity Zones. The incentive is designed to encourage long-term, private investments in low-income census tracts by providing a federal tax incentive for taxpayers who reinvest unrealized capital gains into Opportunity Funds, which are then invested into opportunity zones.

Opportunity Funds are specialized tax vehicles dedicated to low-income areas and aimed at spurring investment and entrepreneurialism. Ultimately, that will result in business creation and economic prosperity in areas called Opportunity Zones. The zones must be comprised of Low-Income Community Census Tracts (LIC), designated by governors in every state and territory. Census tracts with a poverty rate of 20 percent or greater and/or family income less than 80 percent of the area’s median income are eligible for consideration.

Once designated, tracts remain in place for 10 years.

To help facilitate this expansion and creation of jobs, the Iowa Economic Development Authority (IEDA) board has awarded Conagra $1.2 million over five years as part of the High Quality Jobs tax credit program. In order to qualify for this program, the jobs must pay a minimum of $17.09 per hour at the beginning of the project and at least $20.51 once the project is completed. 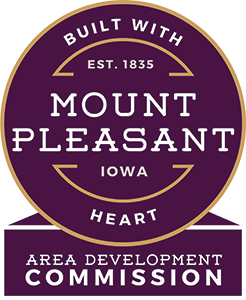 Mount Pleasant Chamber Alliance was awarded $10,000 to meet identified employer needs in the area, this project will fund the purchase a Computer Numerical Control (CNC) machine to be placed in the Mt. Pleasant High School as well as cover the cost of training instructors. The school district and the local business community have partnered together to teach students and parents about the advanced technology involved in manufacturing jobs within their community. Twelve local manufacturers will serve as project advisors and teach 176 students how to use the CNC machine in the first semester.