Des Moines, Lee, Henry and Louisa Counties are part of the Great Prarie AEA and the SE Iowa STEM Hub 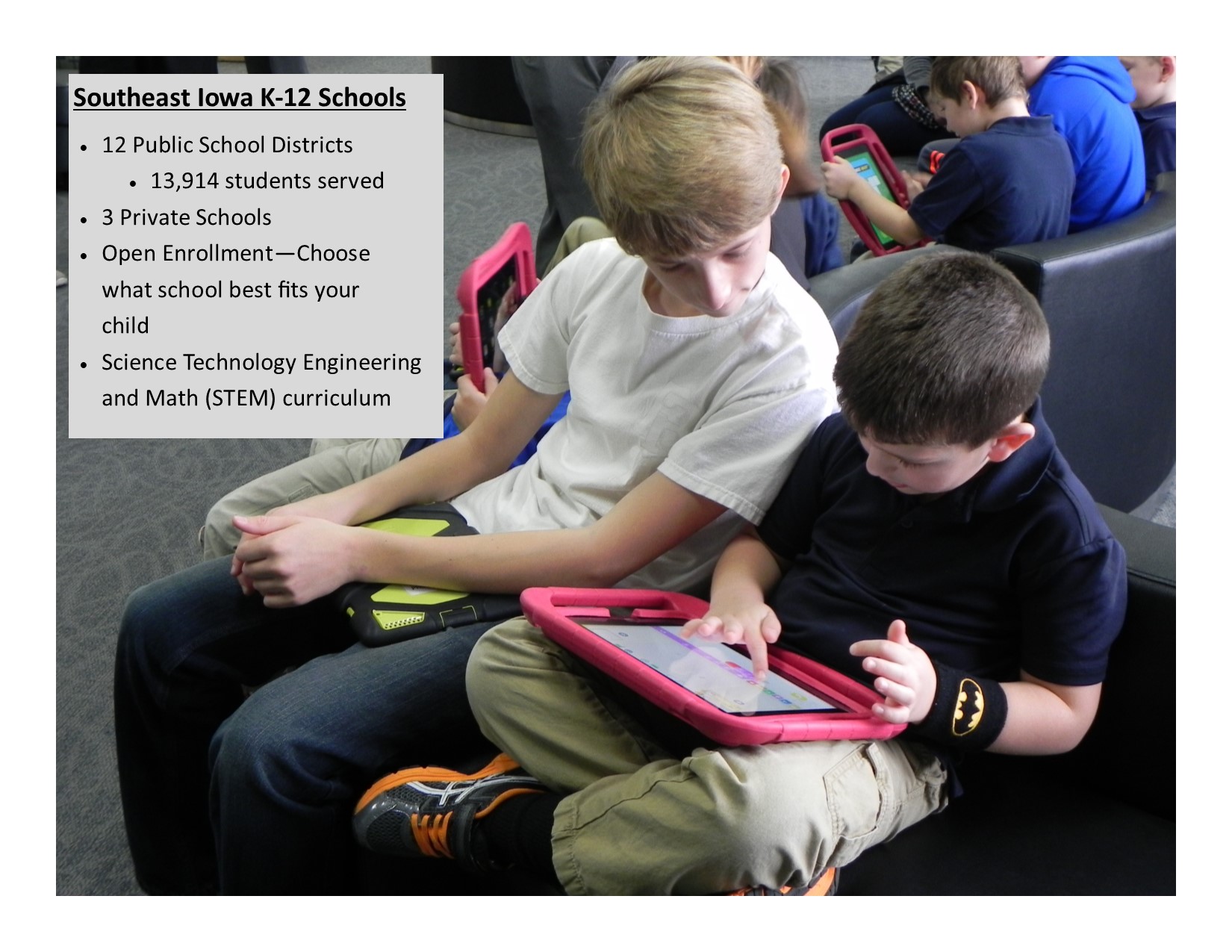 The percent of adults in Southeast Iowa with at least a high school diploma or associates degree is much higher than state average.

Though, SE Iowa attainment of bachelor's degree or higher, the statewide statistic for bachelor’s degree or higher is heavily skewed by the state’s larger urban areas, including those containing a large postsecondary institution such as Iowa City and Ames. Southeast Iowa is largely consistent with the other rural areas of the state in terms of educational attainment. 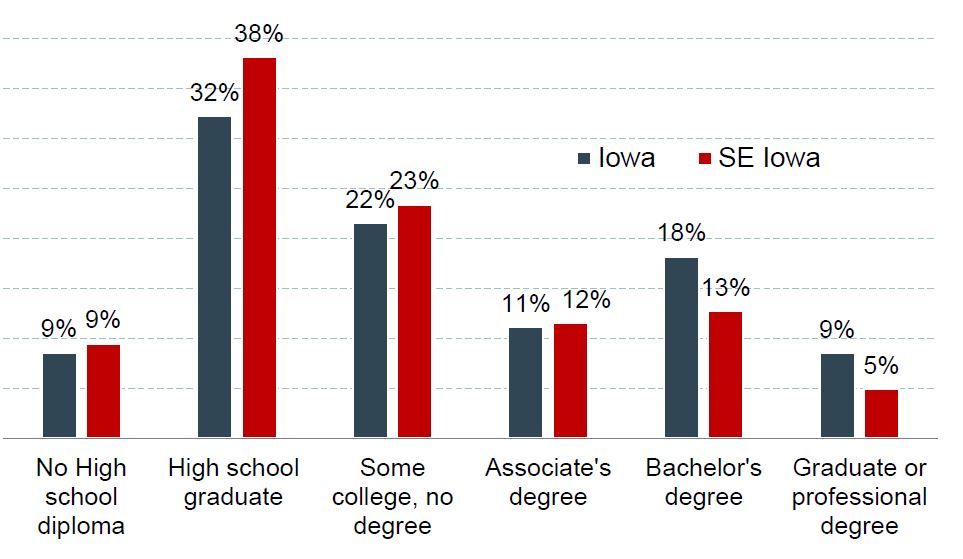 A majority of Southeast Iowa’s working residents are employed in their county of residence, while 14% work in one of the region’s other three counties. The remaining residents travel outside Southeast Iowa for work, many in nearby cities like Muscatine, Davenport, Iowa City, Cedar Rapids, Fairfield and Quincy, Illinois. 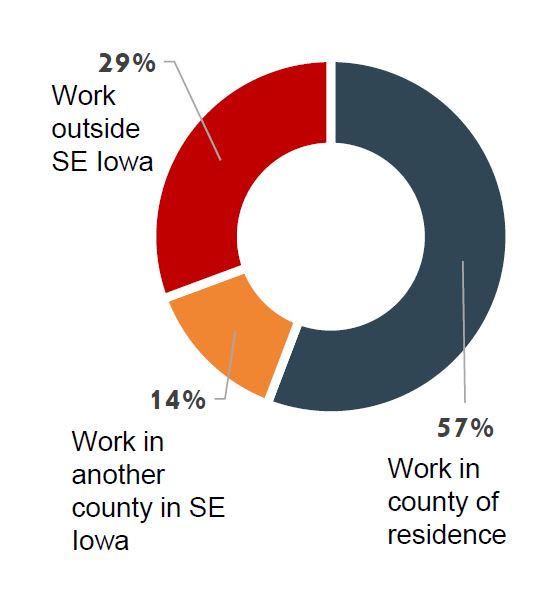 Where do Southeast Iowans Shop?

By building on Southeast Iowa’s strength as a great region for local people to live, work, and shop, Southeast Iowa can maintain its authenticity and charm while simultaneously attracting more visitors with their spending dollars 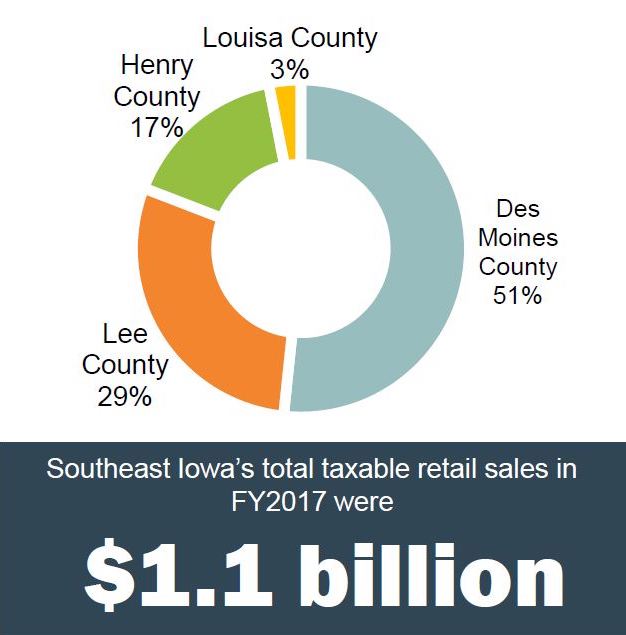